Cultural Empathy towards the Power of a Russian Sociopath Politician 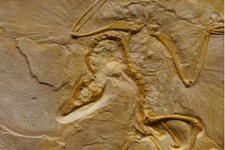 The claims regarding Ukraine of the Russia’s current politician with power opened up some interesting questions that Group behavior and Societal Evolution could bring light upon.

All these questions can be answered by understanding how Societal Evolution works, how slow it attracts the participation of the various groups of humans, how it is more natural for humans to hold on to the more painful (but known) past problems, and how culture is continuously hi-jacking Societal Evolution through various individuals with power and their populistic messages.

The World is not PERFECT and it will never be! And that’s ok. Humans will always have problems to solve and to negotiate resources for, but some problems are better than others. The humans that recommend others to stay in an Authoritarian system are the ones that have forgotten how hard it was to live in one. These humans fail to see that their current problems were hidden or not enabled by the much bigger problems existing in an Authoritarian system. No amount of Societal Evolution will solve all the problems in the world, but we have to be grateful to the Societal Evolution that offers us (in more and more parts of the world) an improved way of living and a more comfortable way to deal with some recurring global problems (this pandemic for example in comparison to the Spanish flu that happened 100 years ago). The individuals that believe an Authoritarian system like Russia is better than the problems coming with a messy democracy are the individuals that haven’t adapted, feel left behind, and fight to hold on to the Past, whatever that is in their case.

The fundamental mistake in evaluating the tensions between Russia and NATO and the objectification of 44 million Ukrainians living in Ukraine, comes from the fact that for individuals it’s more attractive to put themselves in a ruler of the world position, splitting countries or giving them here and there to “make it fair” towards the needs of some powerful Sociopaths like Gospodin Putin. It’s easier to feel empathy towards a sociopath with power than towards the 44 million humans from a country at war for 8 years now, for whom there is no other way than to go along with the Societal Evolution started 200 years ago. The more interesting detail here is that the choices of the Ukrainians shouldn’t affect anyone from other countries, with the exception of the few Russian oligarchs for whom the loss of Ukraine as an “object” is much more important than providing an improvement to the living conditions of the 144 million Russian citizens. This is just another proof that the Russian political system is a thing of the past, that should have been transformed right away after WW2 if it hadn’t been hijacked by the Russian culture once again through its leaders focused only on preserving their power.

From a Societal Evolution point of view, it is incorrect to claim that the Soviet Union broke down because of the Americans. It broke down because of the French. Not the French in 1991, but the French in 1789. The French revolution was the Boldest statement that Imperialism is not functional anymore. The Russian Culture (as well as other hierarchical cultures) managed to hijack several times this Societal Evolution, but the more time passes, the harder this becomes and the higher the price to be paid by the political system that chooses to stay behind. After the French Revolution in 1789, the idea spread fast across Europe (fast means 30 to 50 years – the revolutions from 1820, and later from 1848) and still, it reached the Russian space only in 1917. At that time the Russian Revolution was hijacked by the bolsheviks, then by the communists, and now by an Identity that is fed with external and internal military incursions versus a focus on improving the standards of living and making the system a more participative one and competitive in this current modern world. The American 2016 administration together with the way it lost in 2020 is a statement showing that Societal Evolution is constantly under pressure to be hijacked everywhere in the world by individuals blinded by power and their populistic messages. That is also why Gospodin Putin (as well as Mr Duterte or Mr Kim Jong-um) preferred Mr. Trump over his opponents in both elections. With all of these, it is important to recognize that there are political systems that can not be reverted to imperialism because enough humans understand their own responsibility towards the other humans around them. We could value what these political systems are bringing to the INDIVIDUAL HUMAN and not to the cultural education of being part of a “powerful system” that shows the POWER in the way it used to be shown 100 years ago.

In general, for an individual human, it is hard to see the Societal Evolution because they perceive only their current struggles, failing to feel the progress, to celebrate it, and to feel empathy towards the humans that are striving for things that are taken for granted in democracies, like for example, to have the right to protest for something they want or against something they don’t want.

So, let’s analyze some of these errors that make some individual humans feel empathy towards a Russian sociopath politician versus a whole nation of 44 million humans that are at war for 8 years already:

To understand how the Societal Evolution was hijacked several times in Russia, let me ask some questions related to the past:

Now the Russian sociopath is not trying to take over Ukraine because it is supposedly fighting NATO. The Russian sociopath is trying to do that so that it doesn’t have to accept that Russia has no other choice than to reform and go along the Societal Evolution started 200 years ago and the Adaptation for which the majority of the Powerful political systems from the past century have paid for already. As history has shown, if this adaptation is done through war, it will not end well for the political system itself, and neither for the sociopath leader that doesn’t understand how to do that with modern means.