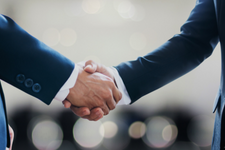 As a European society, we have reached that stage in which Diplomacy could have been useful, but unfortunately, TRUST was decimated by not mitigating the Cultural Differences in the various high-level meetings from the past decade.

Do you know what “Diplomacy” means for the current Russian politicians? What it has meant for the past 20 years? They translate it into “western lies”, to which they respond with their own “politically correct” messages that are obviously far from their actions. Why? Because they see “the reality” differently and read the various messages as blunt lies, to which they can respond with their own “less perfect” lies.

There are several errors in the current Russian politicians’ thinking:

Because “Culture” is a buzzword, it is not surprising that it was used superficially. The difference between the current state of affairs involving the Russian politicians’ wishes from Ukraine and that of a usual business disregarding the effects of the Cultural Differences is that a business loses only money.

How to use practically the expertise on Cultural Differences?

1. You have to start with a Purpose!

In doing so you need to be aware of all the other purposes. This is not a rocket science process and it allows you to first eliminate the noise coming from the opposing Purposes that are easily dismissed by the technical reality, or by the confused wishes of some individuals that are kept prisoners of their past experiences.

The common thing that usually happens in the InterCultural Negotiations that are left to chance is that one party focuses on their message, disregarding that the other side sees things differently and hence loses the Trust (for example by focusing on what NATO means to a “westerner” versus what it means to a Russian politician). The amazing part is that this process of decimating the Trust takes sometimes decades without anyone noticing what they are doing. Then it is too late.

2. You have to find Common Ground (REAL common ground and ideally long-term in the case of such high-level negotiations)

This is easier said than done because here understanding the Cultural Differences might only enable you to see when you’ve received a “pseudo confirmation” or a “pseudo acceptance” just because the discussions have reached such a tormenting state for one side that it feels like the other side is offending on purpose.

3. General recommendations are not useful – they are stereotypical

The expertise on Cultural differences is practically helpful when you take into account all the available details, the available perceptions, and the given context, and you do that fast, offering a few actionable variants forward in the heat of the moment.

Culture, Group behavior, and the Cultural Differences can be used very practically and pragmatically, especially in this interconnected and technologically vocal world, so reach out to us in case you need expert advice for your business or for your country.

(The title is adapted from the famous P. Drucker’s “Culture eats Strategy for Breakfast”.)