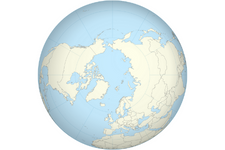 Let’s approach the geopolitical crisis at Russia’s borders like we would approach a usual Organizational conflict that has high chances of negatively affecting the whole Company. We’ll do that with questions but before that, we’ll start with the Vision.

The first thing we have to do is to lay down a long-term Vision (or a possible Vision) and see whether that is aligned to the Modern World and at the same time, resonates with some of the claimed wishes of the Russian population. The Vision would be the RusNAPTO (The Russian-led North Atlantic-Pacific Treaty Organization). This would be an Organization having at its core Russia and providing similar protection services as NATO claims to provide, but not only around the North Atlantic but also around the North Pacific to make it a really ambitious vision. We can agree that this Vision could be constructive and at the same time, it would remove the unconstructive rhetoric that Russia has to do something bad to a country because somebody else (maybe a NATO member) did something bad to another country. At the same time, this vision would remove Russia from the shadow of the perceived competition and would put it in the center of the Northern hemisphere.

Having the Goal and the Vision laid down the question would be how to deliver the vision by using all the modern infrastructure, all the modern means of negotiation and communication, the Social Media, and so on, so that the Environment (made up of all the other countries) welcomes the Vision instead of resisting it, fighting it and ultimately punishing it.

Further, instead of giving advice, it would be more constructive to ask questions and let the stakeholders answer for themselves:

If anyone claims that one of the above choices is not available because of another power, that person stays in the shadow of that other power, instead of understanding and focusing on the advantages of the system in the discussion.

I’m sure the majority of the countries that were invaded by various Russian leaders in the past century would move over that trauma and evaluate the pragmatic possibility to join such an alliance. History showed that half a century does wonders in that respect IF AND ONLY IF Wise Leadership is in place after the aggression has happened. Maybe at some point, when the wounds from these 8 years of hybrid war against Ukraine would have healed, even Ukraine would be tempted to join this RusNAPTO, but at least 30 more years are needed for that to happen. For now, the current Russian leadership didn’t advertise itself as being attractive for the Ukrainians, Georgians, and Chechens (to say the least).

Regardless of the evolution of Russia, the current Russian politician is either trying to implement his ambitions in the worst possible manner with expired actions from the past century or is just trying to destroy the Russian system in the fastest possible manner.

If nothing else, the current Russian Leadership holds Russia a prisoner of the Past instead of leading it to become a Real Power of the Future.

Improve the collaboration for an Energy holding

Purpose of the project: To improve the communication and collaboration between units in order to support the further planned expansion

It is rare that I see such an inspirational presentation. I attended one of his presentations called 'The impact of Cultural Differences on Business' and he impressed me by the way of approaching the subject, by the details that he got into in such a short time and by the solutions he embraced. Also he had a great vibe and is a positive presence and I find him great in working with people. I totally recommend collaborating with him!