War and Cannibalism, Spheres of Influence and the Russian Cultural Dissonance 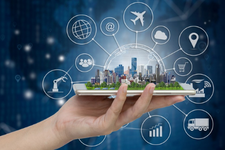 The world is drastically evolving and this is a fact, regardless of whether some politicians want to accept it or not.

There is an ongoing war in the 21st century, and that is the war to win the hearts of the 7.9 billion humans that live on this Earth (estimated to become 10 billion by 2060). Many countries under the guidance of their politicians are competing in this “war” with their products, their services, their tourism, and overall with their cultures. The Maldives with a population of 0.5 million people have welcomed 1.3 million tourists in 2021, and that says something about their presence in the Modern Spheres of Influence. The bigger the percentage of the 7.9 billion humans to which a country is appealing with its products, services, and culture, the larger its Sphere of Influence in the Modern world. A country or political system that presents itself as being threatening to another group of humans, not only pushes those particular individuals away, but in the interconnected world we are living in now, it drastically diminishes its Modern Sphere of Influence.

The difference between 2022 and 2003 is the fact that in 2003 there were no Social Networks and humans were not so interconnected as they are today. Engaging in warfare in 2022 to win a stake in the Old Spheres of Influence will most likely trigger irreversible damage to the political system and its presence in the Modern Spheres of Influence. Nothing is pardoned (not 2003, and neither the 30th of Nov 1939, nor the 24th of Dec 1979), but the reality is what it is, the technical evolution is where it is, and there are consequences for the political systems paralyzed in the Past by traumatized politicians that are limited in understanding how the world is evolving and what they need to do in order to keep (and upgrade) their political system to be a recognized Power in the Modern Spheres of Influence.

The biggest disadvantage of an Autocracy versus a more empowering political system in Modern times is the fact that one individual politician is limited and can not sense how the world evolves and what needs to be done to adjust the system to the new reality, while a more participative political system continuously accepts and Counts on the influence of the younger generation which is much more aligned to the present world (more on this topic in another article).

Regardless of the Economical sanctions applied for engaging in warfare, the military actions will be penalized by the 7.76 billion humans. (It is naive to hope that 1.4 billion humans will suddenly get over the offenses from the past century, given their particular culture, and regardless of their politician’s own agenda.)

Now coming to the Russian Cultural Dissonance. A Cultural Dissonance happens when one or several deep Values trigger Opposite behaviors in the individuals from a society or a group, keeping them in a continuous state of confusion, fear, or oscillation.

Because the Modern Spheres of Influence have at their core the human needs, and the successful countries are the ones that can provide for these and attract as many humans as possible from the 7.9 billion hearts, many citizens of the Russian Federation have moved out of their home country. Their stated reason is “because of corruption”, but more precisely, it is because of the “power that some Russian politicians have over their lives”. Most of these citizens have moved into a NATO country. Well, they didn’t check that they moved into a NATO country, because being a NATO country is not the most important thing. Joining the NATO association is just a piece of the puzzle that is providing for the security of the individual and their control over their own lives. From this point of view, Russia, led by some confused politicians is the best business partner for NATO, as it pushes all the countries in its surrounding to want to join and contribute with money to the NATO association. So, the Russian citizens move into a NATO country because they were not comfortable with the amount of power that some Russian politicians have over their lives, and then, from that NATO country their Identity attracts them to support the “powerful Russian politicians” that are fighting NATO, disregarding the fact that it is the same thing that made them leave their country in the first place. By doing so they are also disregarding the Identity of the humans from the other countries around Russia that “just want some security for their own lives”.

The fundamental mistake the current Russian politicians have made was to construct the Russian Identity in the shadow of the American one, which by default meant being one decade too late in their actions. Instead of creating a powerful political system that can shape the future of the world and be one of the players in the Modern Spheres of Influence, the current Russian politicians decided to stay traumatized in the Past and be reactive to whatever happens in the world, positioning themselves as offended victims that need revenge. In comparison, just a few decades ago, under other Russian politicians, Russia was perceived as a pioneer in the Space industry, now it is just a military system, bullying the nations around it and inside of it.

An important aspect to be understood for any country’s evolution is that there is no Western or Eastern path to choose from, there is only either Adaptation to the very developed technological and interconnected world we live in, or staying stuck in the past and oscillating between being offended and being aggressive, which will lead to a guaranteed internal depression (the science of group behavior and culture predicts this).

Driving tens of thousands of humans to war has the same outcome in the competition for the Modern Spheres of Influence as instigating to cannibalism, and while cannibalism might have been denounced some 3000 years ago, war was denounced for the first time in 1848 after the Sonderbund war in Switzerland (ending with the creation of the Red Cross) and a century later in 1952 with the creation of the European Coal and Steel Community, so it can be accepted that some politicians are slower to understand the trends. Half a century after WW2 countries that used to be perceived as military aggressors are enjoying the Power of being recognized as reliable providers of products and services for a big part of the 7.9 billion humans, while Russia under the current politicians is still struggling to stay afloat demanding its place in the past century.

One can not stop the Technological Evolution of the World, and waging war against it just highlights the confusion and limitations of the current Russian politicians. As a human bystander, accepting the justification for war (regardless of who is waging it) is like accepting a justification for cannibalism and a reverse to the Stone ages, with all of the personal discomforts from those times.

Group behavior, Mentality, and Cultural evolution is a science and can be used very precisely for any country, regardless of its present state and its current dilemmas. No country exists alone on this planet, hence understanding Cultural Differences in this interconnected world will allow you to drive your country to be a powerful player in the Modern Spheres of Influence.