5 Negotiation aspects, that I’ve learned from my 5-year old

1. By the time my son turned 4, I could claim that I’ve never met anyone before him that was so sure of themselves and on what they want, while having so little data to back that up with :)! (I’ve noticed that some of my friends thought the same about their kids). This statement made me give it a second thought, and actually, it turns out that I might have been in similar situations with adults, only at those times, I had the option of dropping off the deal, most likely for everyone’s loss. Apparently, comfort is stronger than business, or, above a threshold of discomfort, no deal is worthy anymore (just in business). This is good to be kept in mind when negotiating for important business outcomes, especially across cultures.

2. Sometimes, to my surprise, the outcome of the negotiation turned out the way I wanted (with a constructive result), just because I was detached, sure on myself (and on the laws of physics), almost boringly stating my point on the same course of action, and most importantly, managing to resist getting caught up in the emotional typhoon happening around me. The opposite holds true as well, as whenever I got overwhelmed by emotions, I lost, and unfortunately, I lost for both sides. Either the situation became more complex, wasting even more resources, or I had to give in, to avoid further discomfort.

If you want to stay updated regarding such articles, Subscribe below to our Newsletter!

3. Not everything someone negotiates intensely to get, is good for them, and most of the time it’s not a matter of settling the cold facts, but rather addressing the emotions behind it in an unaffected manner.

4. With parenting, 99.99 % of the time the tough emotional negotiations didn’t happen because my toddler disrespected me or wanted to annoy me triggering my “reptilian” brain’s reaction (I’ve described this broader in this article.), most of the time, it was something that even he didn’t understand, and just by clarifying it for both of us (in all of its absurdity sometimes), we could work things out. This holds true not only for parenting, but also for negotiations across cultures, or with incompatible personalities.

5. It’s extremely hard to understand how the people close to you, including the ones that you love the most, truly function, let alone the strangers you have to work with, but when you manage to do so, the entire interaction, discussion, or “negotiation” turns into bliss for all sides. 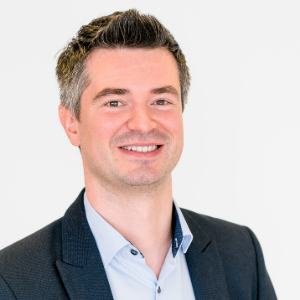 George is a practitioner on Group behavior, Cultural Differences, and Organizational Culture, working in various projects to solve group or inter-groups challenges.
Aside from his work on Organizational Development and Cultural Differences, he also writes articles like this, mainly on three topics:
1. Organizational diagnosis and Development,
2. Societal challenges in various countries in the world, and
3. Parenting and Education, as one of the best ways to shift cultures towards a more constructive way of human existence.

Aligning the Global HR team of a service company

To help the HR global team be aligned to the HQ strategy and be able to locally support the global expansion in various markets.

We have worked with George on an organizational culture evaluation project applied in our leadership team in the company, and the results were very useful. This project involved several discussions with George and each time he was very open to provide us as much advice and information as possible to help us in the analysis. His systematic and organized approach is extremely useful in projects that are of such high complexity.