Identifying correctly the source of Toxicity at Work 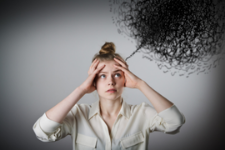 It’s important to recognize the three big sources of Toxicity at Work so that we can choose the correct way forward.

In the video below, taken from one of my webinars on these topics, I go through these sources of toxicity briefly, while giving also advice on how they can be tackled.

Now, let’s explore what happens if the source of Toxicity is not identified correctly:

If you feel your Organization might have a Toxic Culture, or you’re not sure where the Toxicity is coming from, check out our service to diagnose it fast and take the correct fast approach in removing that. Working 8 months in a toxic Culture costs much more than removing the toxicity in 1 to 3 focused months.

Purpose of the diagnosis: To identify the reasons for the high attrition in one of their departments

George worked for us on a project on diagnosing the Organizational culture in our sales department, using
their researched instrument. The main purpose was to identify whether there is something that can be done in a focused way, to drive the overall atmosphere in the company to be more constructive. From the evaluation, we’ve got several points that weren’t obvious before on how the overall atmosphere in the company has taken a toll on the department, so based on the results we could inspire our people towards a more integrated way of collaborating.
I’m looking forward to working with George on a future project.