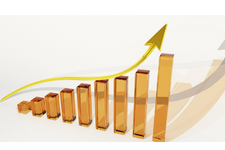 Michael Porter captured the best way to think about strategy by stating that: “The essence of strategy is choosing what not to do.”

In my experience as a Practitioner on Organizational Culture, I’ve had the chance to review many times the “Leadership strategy”, or the “HR strategy”, the “People and Culture Strategy”, the “Mission and Values” document, and other such documents that have a very good reason to be there, but unfortunately were there just because “other companies had them”, and probably at some point, some consultant managed to sell them the process of creating “something” similar, disconnected from any effect on the organization.

One thing that was common to all of the struggling companies, was the fact that they wanted everything (or many things), especially things that were obviously in opposition (from the point of view of the expert on organizational culture). For example, they wanted both that the people take initiative and ownership, but at the same time, it was stated in a very detailed manner how people should behave in regards to a small secondary thing that by no means was influencing the delivery of the important goals of the organization. Yet, this dissonance was not obvious to the internal executives. In some cases, I could feel that the document had been “improved” by the experience of many leaders, to the detriment of its clarity, conciseness, and envisioning of the people.

So how does one create a Growth Culture? Is that something available only for a particular industry? Or only in some particular countries? Or only with a particular process or model on Organizational Culture? The answer to the last three questions is No. A Growth Culture can be achieved by an organization in any industry, in any country, and with any reliable process on Organizational Transformation, as long as Growth is really the thing that the Organization needs. It would be a pity to hire an executive or a change agent that is addicted to building a Growth Culture, or a Culture of Innovation (or other trendy Culture), and miss the fact that that particular organization needs something else at that moment in time. Culture is (or at least it should be) ALWAYS secondary, after the Goal of the organization. Culture is HOW you do things, not WHAT you do. “Culture eats strategy for Breakfast” (P. Druker) happens exactly when the clarity is lost and People get addicted to HOW they do things versus WHAT they have to do.

In big lines, what does an executive need to do in order to create a Growth Culture:

The 1st thing is to understand exhaustively everything that the entire team thinks is important for the company. This will enable the change agent or the executive to conclude whether Growth is really on the table at that moment in time, or better focus on stabilizing the organization, patching its wounds (some toxicity, some past traumas, a higher than accepted attrition, etc) and preparing the field for Growth to happen in 6 months or even one year. For example, if the organization lost some talents due to vague reasons, including salary increases offered by the competitors, and the feeling is that the retention could be improved, designing a Growth Culture might be the answer. On the contrary, if the Organization is after a big expansion and it started to lose talents due to the increasing toxicity and internal competition, a Culture of Quality or Efficiency could be the answer. This takes us to an interesting question, which I’ll answer later in the article: Wouldn’t an organization want to achieve all three: Growth, Quality, and Efficiency? and more?

The 2nd thing would be to assess (measure) how people are working together currently, how are they communicating with each other, with the management, and other important aspects from a dynamic point of view of the Organizational Culture paradigm. It is very important to look at the Organizational Culture aspect from a dynamic point of view and not from a static, inventorial point of view because otherwise, you end up with another TO DO list, disconnected from a real organizational improvement. Some organizations use the Employee Satisfaction Survey in order to drive Organizational Culture change, and that is unfortunate because that translates into the executives expecting that the collective opinion of the people would have the most expertise in terms of what behaviors should change in the company so that it reaches its goals faster, and that is wrong. I don’t recommend doing that.

By having the first two steps concluded, it is fairly easy for an experienced change agent to highlight the discrepancies between how people are working currently in the organization and how it would be optimal for them to work together in order to deliver the goals of the organization. For example, one organization wanted more collaboration between their key departments in order to increase efficiency and grow the business, but at the same time, they were measuring the efficiency separately for each department in a disconnected manner. It is needless to say that they have managed to achieve a beautiful toxic culture, in which each department’s efficiency was achieved (sometimes) at the expense of the other department’s efficiency, and overall to the detriment of the entire organization. In a Growth Culture everybody is selling! or at least understands how their work is connected to selling more, to attracting more clients. There is also the tendency to be less pragmatic and to translate a Growth Culture as being actually the Growth of the individuals. Well, that is called a Learning Organization and that is advisable to be pursued by many organizations (not just private businesses). However, an Organizational Growth Culture is not advisable to be pursued by all organizations, without taking into account their current situation, hence I don’t recommend mixing the two concepts and confusing people.

A last big step is focusing to adjust only the systems that will have the biggest positive impact on the organization and release the biggest trapped positive energy of the professionals working together. If the transformation plan has more than 5 big actions, the plan is a distraction for your people from their focus on the goals of the organization, and they will just learn to dodge such transformations for the future. Of course, the adjustments have to be made in line with the local ways of working. For example, reapplying the American reward and recognition practice of choosing the “Employee of the Month” might easily backfire in the Netherlands or Germany, for reasons obvious to a cultural expert eye.

Coming to a previously asked question, whether shouldn’t an organization pursue all three: Growth, Quality, and Efficiency at the same time, the answer from a group behavior point of view is Not with the same focus, and Not aiming to drive a step improvement on each in the same time. Of course, an organization should aim at achieving all three (and some other important things too), but not in the same 6 months and not at the expense of the previously gained improvements. Organizational Culture is not static. It is simply a paradigm that allows us to change group behaviors efficiently, hence an organization shouldn’t think that once they have achieved the Culture they set their mind to achieve, the work is over. The outside world is constantly changing, and the paradigm of Organizational Culture is just a tool that can be used efficiently in order to focus on the right things from a group behavior point of view.

I’m sure there are many questions left to be answered:

90% of the answers to these questions are known at the guts level by the successful executives. For the remaining 5-10% an external expert eye comes in handy, sometimes just to confirm (in a very rigorous manner) that you’re on the right path and it is just a matter of time, so keep on going. Other times, the expert eye can tell you that you’re heading towards a big wall of resistance from your people. Regardless of the two situations, the expert evaluation is always something that should make sense. If the evaluation doesn’t make sense, feels burdening, or is scattered on many secondary aspects, it means it was done by an amateur.

Remember Michael Porter’s quote: “The essence of strategy is choosing what not to do.”

If you’re interested in driving a Growth Culture for your organization in a very efficient manner, reach out:

An Innovative mentality in Automotive

I have worked with George on diagnosing the Organizational Culture in our HR Operations function, using their diagnosing instrument. The aim of the project was to assess the extent to which the organizational culture supported the company’s transformation. One of our areas of interest was to identify whether there was something that could be done to drive more collaboration in the teams and whether there were any aspects of our way of working that was hindering us from achieving that. From the results of the evaluation, we’ve identified several areas that allowed us to take concrete actions towards achieving our goals, most of the actions being driven by our own employees. I’m looking forward to working with George on a future project.